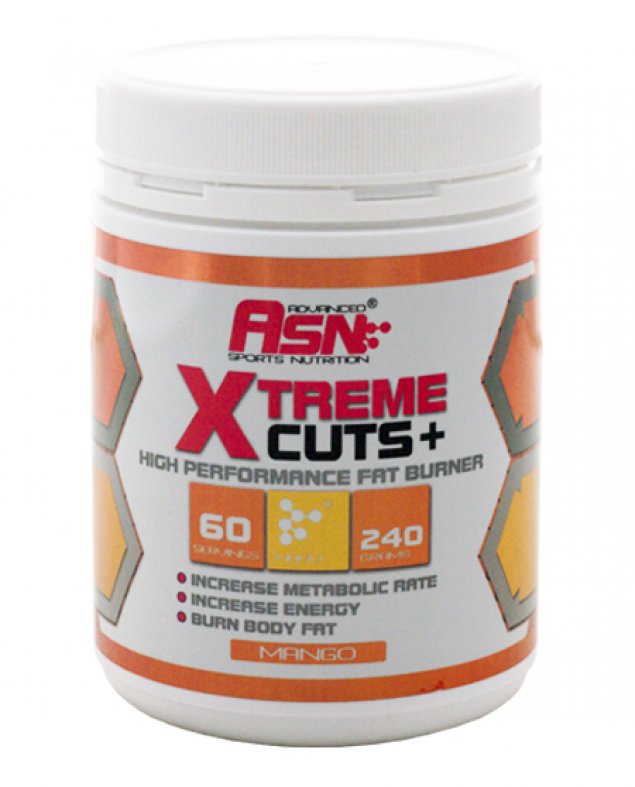 FOR ORDERS OUTSIDE AUSTRALIA PLEASE CONTACT US AT info@asn-nutrition.com FOR A QUOTE INCLUDING SHIPPING COST!
Xtreme Cuts Plus... 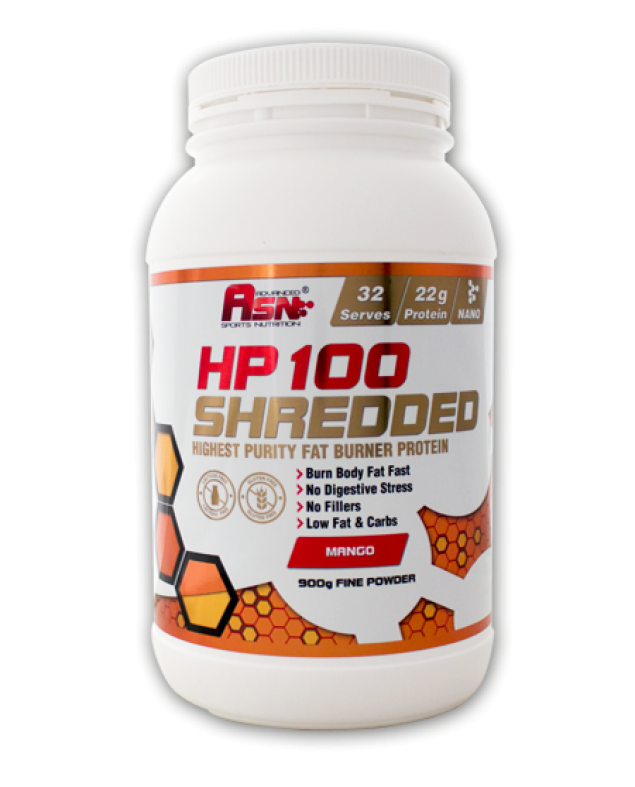 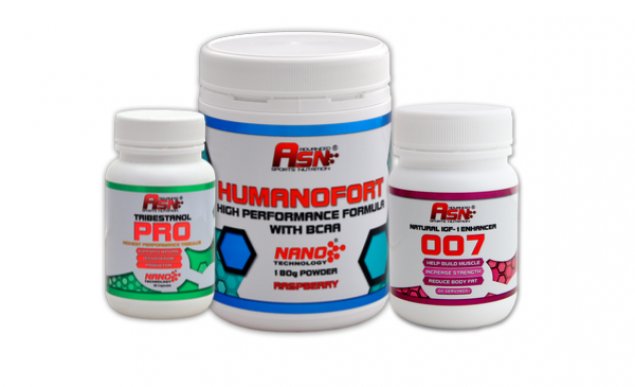 FOR ORDERS OUTSIDE AUSTRALIA PLEASE CONTACT US AT info@asn-nutrition.com FOR A QUOTE INCLUDING SHIPPING COST!
The Most Potent...

ASN’s ProBlend. The most potent natural fat burning combo on the market.

At ASN we are continually searching for ways to improve our products, source more effective ingredients and reshape the sports nutrition market. Our development of ASN ProBlend is yet another example of that commitment. ProBlend is a potent combination of ingredients specifically designed to burn fat and is a further upgrade on our previous fat burner, Xtreme Cuts 750. This mixture of ingredients is guaranteed to burn fat while providing many other advantages over our competitor’s products. The key function of the ASN ProBlend is the creation of an effect known as thermogenesis. This process allows the body to burn calories in the form of fat and use them as a source of energy for the body. Certain ingredients have been scientifically proven to help promote this happening and the more potent the ingredients, the better the results. This makes ASN’s Xtrem Cuts Plus the most potent natural fat burner on the market, leaving all of its competitors in its wake. This amazing combination of highly potent ingredients is also designed to increase your strength levels and give you the power to take your workout to the next level. This when combined with the products ability to increase mental focus and sustain energy levels makes it one of the most effective and versatile products we have developed.

One of the key ingredients in ASN’s ProBlend is called Synephrine. Synephrine is a constituent of Citrus aurantium, also known as bitter orange and is found in the peel of oranges. The amount of Synephrine found in the peel is almost negligible (i.e. approximately 0.000001%), therefore it is usually necessary to purchase citrus aurantium supplements (standardized in terms of their synephrine content) in order to obtain any meaningful quantity. Xtreme Cuts Plus boasts a staggering 33.3% Synephrine level making it the most potent fat burner developed by ASN. These high levels of Synephrine mean that the effect of thermogenesis is greatly amplified and the efficiency and speed at which fat is burned is greatly increased.

This is because Synephrine levels are directly involved in fat mobilization (lipolysis) and thermogenesis (increased metabolic rate, which in turn generates heat production in the body) effectively promoting weight loss. It is the active ingredient in all thermogenic fat loss formulas. This is what you must take into consideration when buying products that claim to “burn fat”. Some companies may try to fool you into believing their product is working by bumping up the caffeine levels, which gives the product a bit of a 'kick', but because these have low synephrine levels, the utilisation of fat for energy is going to be minimal. The high levels of Synephrine present in Xtreme Cuts Plus ensure that your fat loss will be the most effective and efficient possible.

The generation of heat within the body, known as thermogenesis, is a vital function in the process of fat loss. This increase in temperature is something that is promoted and increased through the use of Synephrine. In the human body, thermogenesis occurs primarily by a series of chemical reactions in which carbon dioxide and water are produced from fat. The reactions liberate thermal energy (heat) - some of which is dissipated to the outside world, along with the carbon dioxide and water. This loss occurs mainly via our lungs, skin, and excretory systems. Synephrine increases thermogenesis in our bodies therefore increasing the rate at which our body uses fat as energy. An increase in thermogenesis goes "hand-in-hand" with increasing the Basal Metabolic Rate (BMR). It has also been found that adding caffeine and salicin to synephrine, amplifies its effects and keeps it working longer.

The added advantage of Xtreme Cuts Plus is the ability of the product to sustain energy levels while burning calories due to a dual effect promoted by the product. This essentially means that as you burn the unwanted fat stores the body is being energised allowing for greater results and no undesired energy crashes.

While the primary function of Xtreme Cuts Plus is to help you burn unwanted fat, this amazing product has an array of advantage that few products on the market can match. When using Xtreme cuts plus you will experience a sustained and continual boot to your energy levels as well as a strong increase in mental focus. This is because the product promotes and amplifies your body’s natural function of converting fat into energy. This means that unlike other “fat loss” products you will not experience an energy crash when using it. Other products rely of high caffeine levels to give you a “buzz” or the sensation of being highly energized. Though this may feel great at first, the body will eventually crash due to the fact that the energy levels are not being sustained naturally. The result of is that you begin to feel sluggish; losing mental focus as the caffeine and sugars begins to wear off. Add to this the cheap and synthetic ingredients contained in many of these products and you begin to see just how ineffective and counterproductive they are. Xtreme Cuts Plus is also designed to increase your strength levels and is an ideal product to use during your workout. Certain ingredients within the ASN ProBlend formula will increase you strength levels and take your training to an even greater level. This combined with the products amazing ability to energise your body in a natural and sustained way, as well as the ability to prevent muscle deterioration and you have the ultimate fat burning product.

Xtreme Cuts Plus – No muscle loss.

Although you will experience significant fat loss while using Xtreme Cuts Plus, your actual muscle will be preserved throughout this time and not diminished in any way. This is due to two amino acids contained within the formula. Tyrosine and Phenyalanine, which are precursors in supplying fuel for the production of adrenaline and brain chemicals. In supplying this fuel it then stops amino acids being robbed from your muscles to supply your thermogenic system, plus your appetite is also supressed through increased brain chemical production. Guarana supplying caffeine and Willow supplying salicin are also added to this combination to amplify and prolong the thermogenic effect.

When you are busy developing the most effective products money can buy sometimes you can forget about the smaller things, like taste. Recently we have made an increased effort to improve flavours across the board and we are happy to say we are really getting some good results.. Xtreme Cuts Plus comes in two delicious flavours, Mango and Wildberry and we have had an amazing amount of positive feedback in regards to our improved flavours. We also have plans to introduce more delicious varieties in the future so stay tuned! 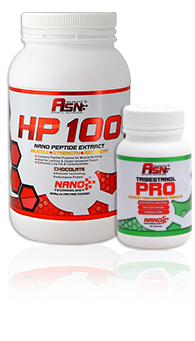 Register now to get discount

Please wait while your order is being processed.

Your session has expired. Please login to continue